If you have been following my blog for a while, you know that I often write about income tax topics. However, what I really enjoy writing about is the psychology of money.

How we look at money

how it relates to our happiness

whether we are selfish about money

and in particular, how money can cause friction between family members.

Reflecting back upon some of these blog posts, it occurred to me that it is an extremely rare occurrence to find someone in desperate straits that is not taken advantage of financially by someone who can alleviate that desperation. So I thought today I would highlight such a case, even if it is slightly morose.

In addition, with my kids back in University, I have decided to post a small rant about how Canadian Universities espouse the philosophy that they provide the opportunity to study a wide range of topics to expand their student’s minds; meanwhile, the reality can often be quite the opposite, a restricted learning experience. 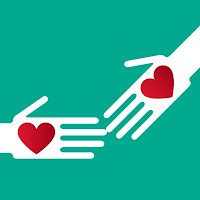 We all know of, or have heard of situations, most of them somewhat morose, where a person or company takes advantage of someone’s distress for personal financial gain. These situations can be as offensive as the sale of human organs for transplant or the more mundane selling of T-shirts that proclaim “I survived” the latest disaster.

Consequently, I felt some hope for humanity and altruism in its purest form when I read a very unusual story in the July 26th edition of The Globe and Mail by Josh Wingrove, titled “Idaho couple with odd hobby bring drowning victim home”.

The title of the article immediately caught my attention and soon thereafter I was captivated by the story. The article discussed the selfless work done by Gene and Sandy Ralston an Idaho couple, who help recover bodies lost under water when the authorities have given up recovery actions, due to the depth of the water or location of the bodies.

The story discusses the sad tale of Kelsey Smith and her husband Jaxson, whose car had fallen through the ice in Yellowknife. His body had not been recovered for five years. Mrs. Smith not only had to deal with the tragic accident, but was having trouble finding any closure as she was unable to bury his body.

Mrs. Smith who was determined to find her husband’s body turned to the Ralston’s. The Ralston’s undertake this altruistic recovery task for free (they ask only for reimbursement of expenses). To quickly summarize the article, the Ralston’s took just 20 minutes to locate Jaxson Smith’s body, and were later able to recover his body.

The Ralston’s are extraordinary people and I found their story inspiring. They are two people who help those in dire straits and could charge thousands of dollars for their services; yet, they do not charge a fee and undertake their recovery missions solely to allow closure for grieving or distressed families. I think they would certainly be the exception in any psychology of money study.

Universities – The Misleading Concept of All Around Education

My two children attend two different Ontario Universities and have done so for a few years. Almost all of my friends have children in University. Recently at a party, the parents got into a discussion on how we feel that most Canadian Universities do not follow through on their philosophy of the University experience being “learning for the sake of learning”, where a student wishes to choose that route. 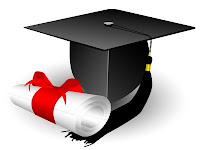 Most Universities have parent days where the faculty speak to the parents of children who are entering University and inform them about how great their University is. Many of the schools espouse that their institution advocates for the freedom of learning. They claim they want their students to expand their minds, and our children should not worry about majors, and just take courses that interest them and they will then find what they love to do.

While talking to my friends at the party, one frustrated parent told us how their child was prevented from taking a psychology course that they wanted to take for the sake of learning. This was because the course was already full, since the declared psychology majors had first dibs. Another parent noted that their child was compelled to declare a major, which then funnelled them into a stream of requisite courses, that did not allow them to “expand their mind” with courses they wanted to take for intellectual curiosity. We all had similar stories or experiences.

As I am not an expert on Canadian University curriculums, I don’t wish to speak to what I don’t know. However, as a parent, I can tell you that I and most of my friends have been disappointed in how many course choices our children have been blocked from taking and how quickly they are forced or streamed into majors.