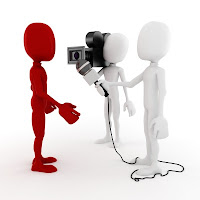 The Globe and Mail

for interviewing me for the “

” series. I link the three interviews below.

Following the first interview (Why you should give your Kids their Inheritance while you’re Alive), my so called friends and family let me know that I had a face and personality made only for blogging, and offered to buy me media training for my next birthday present. I dejectedly stated in a weak defence, that I did not have any takes in any of the interviews, and I should at least be given credit for that. They did not buy that, but I did not expect much mercy.

However, the reviews for my second (How to keep the Kids from Fighting over your Will) and third interviews (Your Inheritance and the Taxman) where much more positive, so much so, that I was offered a TV series to be called The Blunt Bean Counter Gets Blunt.

Just joking about the TV series. The interviews were a fun experience and I had a great lunch with Rob, lamenting the fact we are both long suffering Maple Leaf fans.